Animal Crossing: New Horizons free Summer Update – Wave 1, arriving 7/3! The free update marking the first of two waves of new content due out in the summer season (for players in the Northern Hemisphere, anyway!).

The update invites players to plunge into the ocean and swim around to collect anemones, starfish, eels and other sea-faring creatures, which can then be donated to their museum collection. The mysterious second half of the update is due out in early August.

The game will also add another new character, Pascal, a sea otter who you can hit up for new recipes. Anyone who’s played past Animal Crossing titles will recognize Pascal as a chill guy who doles out equally chill pearls of wisdom while casually treading water.

For a game that revolves around familiar cycles — collecting fruit, pulling weeds, shaking trees to find nice living room furniture — the addition of swimming and diving is actually a pretty big change. And it’s probably a good reason for anyone who went hard on New Horizons in the early days of the pandemic and ran out of things to do to revisit the game.

6KGold.com is selling cheap ACNH bells & acnh NMT, we will update all the new animal crossing items once the update comes out, you will be able to get those new acnh items very easily, low price, fast delivery, keep an eye on our site, thank you. 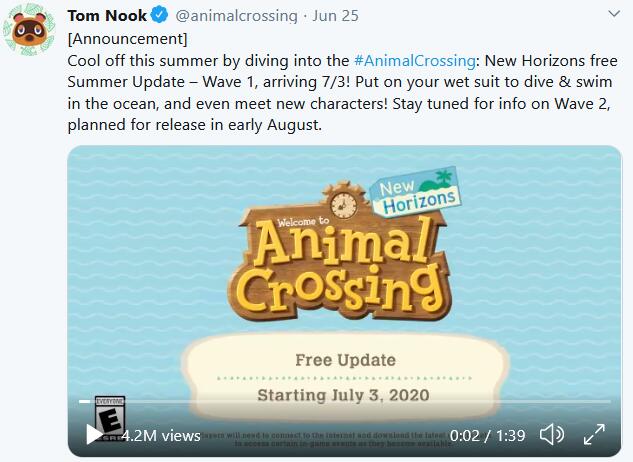